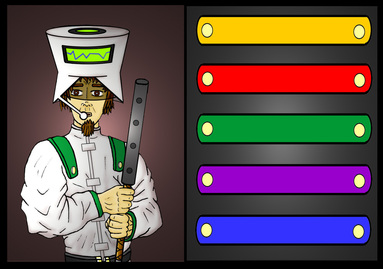 No character in particular. Just an example.
They mostly live in the highest parts of the buildings. On top of the low class and the Infected.
The shoulders colored straps are some ranking system.
They also have a colored wrist band. That match the straps. 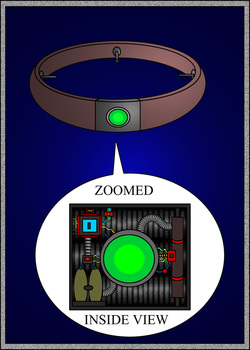 
Everyone in the lower class have them. The headbands are connected to the
subject cranial bone structure by the 3 (1 inch) pins.

The headband cannot be removed.
They are monitored by the High class computers.
They all have a GPS tracker in them. No one can hide.
They have a safety mechanism which... If the subject tries to remove the band ... the band explode.

The explosive function can also be activated by the High class in case of a security breach.

The quantity of explosives in them is just enough to make your brain look like
oatmeal! 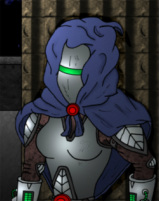